Originally scheduled for 2012 Tegel Airport’s closure was postponed again and again—much to the delight of its fans, who cherished every single day it remained open. As the day has come and we shall say goodbye on November 8. In his series Tegel Moments Bernd Rathjen has captured very special scenes. He shows us once more what we love about this architectural gem. We are also led to spots that we may have overlooked in a hurry. A mix of moments—“plucked” en passant—as well as carefully composed tableaus make up a personal homage to this very exceptional airport. 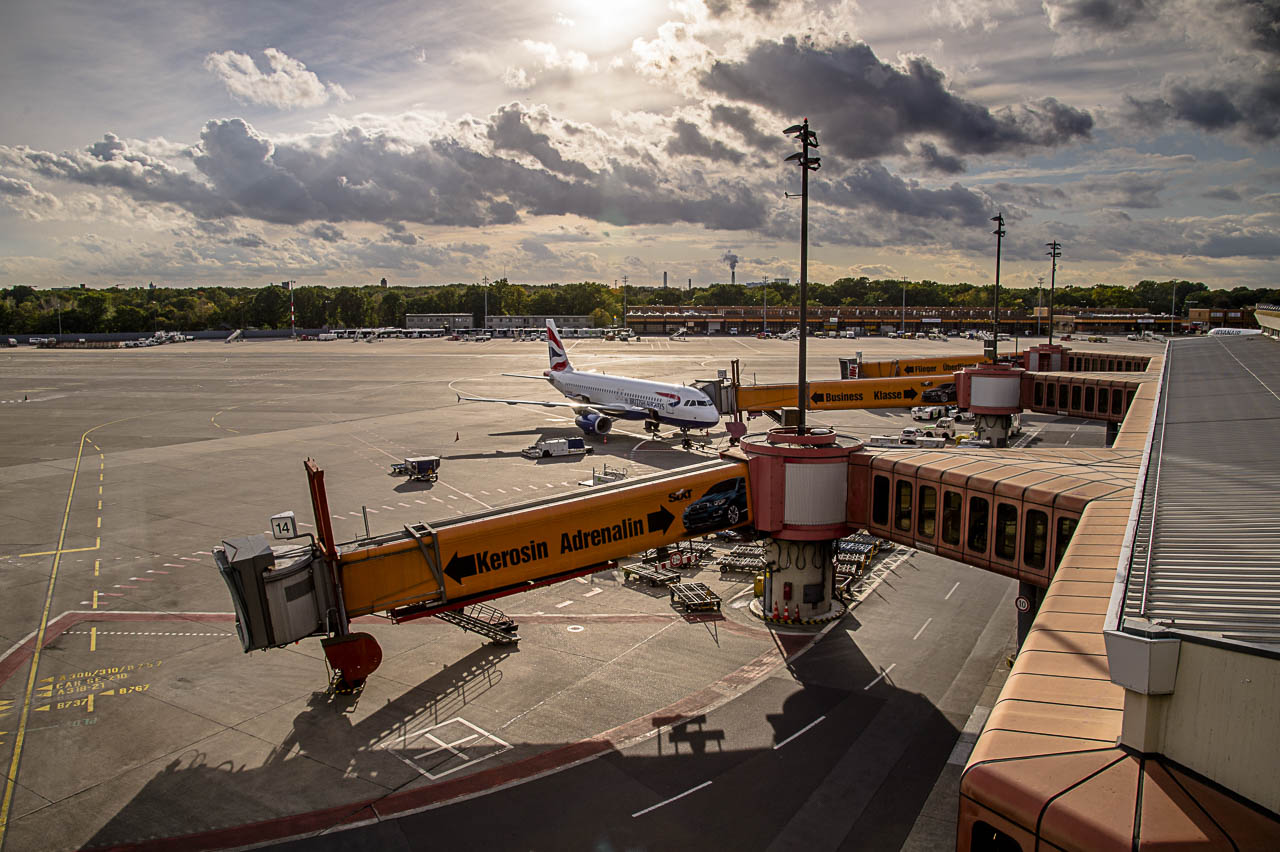 A runway was built in 1948 in order to support the Berlin Airlift, as Tempelhof Airport, didn’t have the capacity to accommodate all aircrafts. After the first civil flight took off in 1960 an intensive planning and construction phase began in 1965, ending with a formal opening on October 23, 1974. Legendary Terminal A with its passenger boarding bridges A0 to A14 began operation one week later, on November 1, 1974. The building’s rather striking hexagonal outline, pervading even the smallest detail, was designed to make the paths from the entrance to the gates as short as possible. The renowned architectural firm Gerkan, Marg and Partner (gmp) designed Tegel Airport, which would soon achieve cult status thanks to its innovative design.

Bernd Rathjen’s images reflect Tegel’s face: bold and appealing, angular and precise. Geometric features, recurrent triangular and hexagonal shapes, concrete pillars, the front structures, vestibules, riddled with a-1970s-feel signs—they all add up to a pared down, model-kit like construction. In Tegel Moments Bernd Rathjen not only commemorates typical airport details such as destination boards, gate signs and baggage trolleys but also unforgettable unique features: the curved tunnel leading to the upper level, the red vestibules with oculi, the striking Sixt advertisement and last but not least the ubiquitous two-tier tower.